This little beauty was purchased back in November, I think! Well not long after getting my beloved Rouge Dior Grège 1947. I so fell in love with the formula of Rouge Dior that I had to go and get a few more almost on the spot! I must say that Dior was my favorite formula ages ago and I'm glad to say this new incarnation doesn't disappoint. I purchased two more barely a week after Grège but realised once home that they were different. 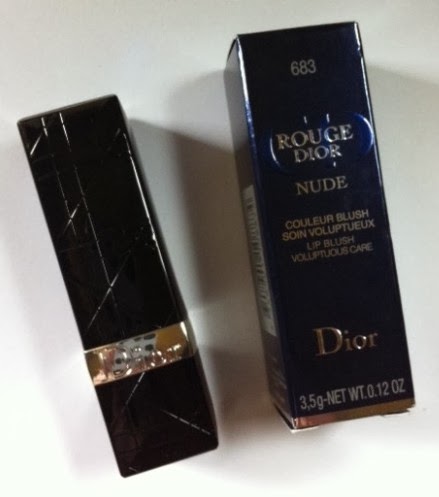 The packaging is stunning with its luxurious house of Dior cannage pattern and jeweled CD on top. On the bullet itself there is of course the Dior name embossed. Such a decadent treat!

Described as a rich and creamy balm it's an extremely comfortable formula. Meant to plump, smooth and hydrate lips to create a beautiful elegant finish with a light illuminating effect.

Given the fact that it's a little darker than what I usually wear it took me a while to warm up to it.

Baby steps, baby steps... It's finally getting some love! In fact, in the past two weeks I've found myself reaching for it often. 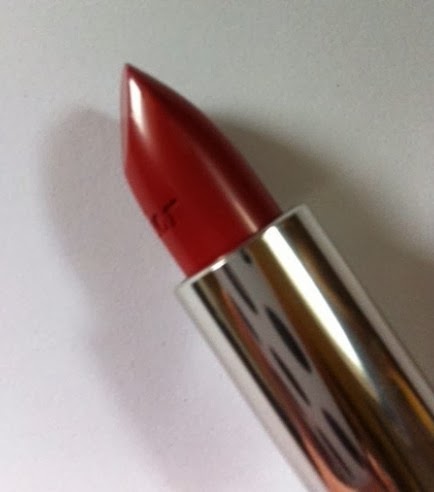 A lovely warm berry that's a step above the usual "my lips but better" look for me. More than flattering, it's the perfect complement to a more natural eye look. On the picture it looks much darker than in real life and it's also not quite as pink, it's a little more warm than cool. It truly is a pretty color, suitable to many carnations. 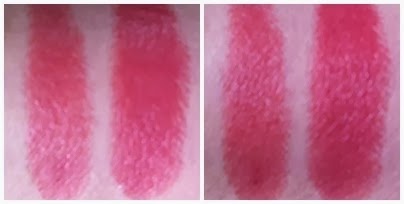 On the left one pass, on the right, two.


Here is the best I could do for swatches (I know, blurry!). The difference between the two pictures is on the left, the lighting is slightly brighter. I've seen this color described as sheer! Well it ain't that sheer as you can see. It feels buttery and soft but for a lip treatment it's got nice color payoff and excellent wear time. I'd say I get a good three if not four hours of color and even when the moisturizing feel is gone there is still a nice natural stain on my lips. It fades evenly and unlike Grège 1947, it doesn't leave a wonky line on the inner rim of my lower lip. As for the plumping effect claims, well there isn't much of that but then it would have to sting and irritate a little which it doesn't. It's a very comfortable formula and that's what counts for me.

There seems to be five colors in all in Rouge Dior Nude Couleur Blush Voluptuous Care...

A little confusing is that I've seen on some sites Grège 1947 as part of this range but as you know I do own it and mine is a Rouge Dior.

Rouge Dior Nude Lip Blush are for me worth the splurge. So comfortable with such a lovely finish, I mean next pay day, why not treat yourself to a little something that will make you feel special every time you use it?


Have you seen/tried this incarnation of Rouge Dior?