Where it all started! Revolutionary and on the verge of being mythical, La Terracotta de Guerlain, which now enjoys an almost cult like following, was created in 1984 at a time when sun worshiping was still in fashion. One year short of turning 30, one is sold every 30 seconds! 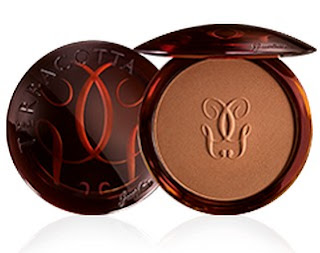 A favorite of millions, one is sold every 30 seconds.


In the 80s the warnings about UV exposure where starting to come out but not that many people were paying attention. Out came Terracotta which means terre cuite, baked clay. I remember when I first saw it thinking, who would use such a product? To me, a fake tan could not look natural and so I did not give Guerlain's Terracotta a second look but for many it became the answer for the coveted all year round sun glow. You could now "fake" a vacation, instantly.

A few years ago, I did finally get a compact of Terracotta and it totally changed the way I "put on my face" in the morning! There's rarely a day where I don't use it. In Winter it's mainly to give my face some contour. Guerlain's Terracotta is perfect for this since it barely has any shimmer. In Summer I do use it a little more freely but not so much as to give my face a different color than the rest of my body which always remains pretty pale, plus, I don't want to look older, that's never a good thing. 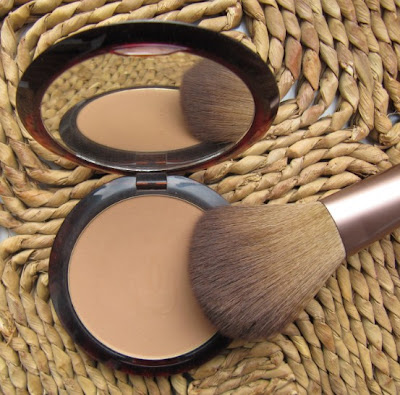 I've had this compact since December but have been using it everyday for the past few months.
You can still see a shadow of the Guerlain logo. This color, 01 is the second lightest available.

Depending on the effect I want to create I'll use a different brush.

A large powder brush for a light all over effect.
A regular sized powder brush for just a sun kissed effect where the sun would "hit" my face more.
A small blush brush for contouring or for the top of cheek bones, brow bones and temples.

The mother of all bronzers, the texture of this powder is amazing, I don't remember having any fallout, ever. Beautiful texture and tightly pressed, it lasts and lasts. I know that at $57.00 it's not cheap but it's truly worth every penny.

Not only does it last in the compact but it has great staying power on skin. In 1997, Guerlain added moisturizers to it's formula, making it less drying and more appropriate for sensitive skin. I have used it on my eyes with no issue and even on my lips under a gloss.

If you are looking for your first bronzer or for a good basic one, this is a great option. Versatile, since it's fairly matte, you have the choice to use a highlighter over if you want to.

Oh and it doesn't look muddy nor "orangy", just perfect!

Can you tell I love it!